For 31 days the team at Allan Webb has been raising much needed funds for the Gloucestershire Army Cadet Force who aim to reduce barriers to entry to joining the Cadets.

A major cost for concern is the purchasing of footwear suitable for the considerable physical activities undertaken by the Cadets. These can often range from £50 - £150 per pair at retail value and so the charity aims to subsidise these to ease the financial burden of joining. The ultimate goal is to:

Given these challenging times of economic uncertainly Allan Webb wanted to step in and help as much as it could. The team do not want to see young people miss out on the excellent social and physical benefits that joining the Cadets can offer simply because they cannot afford to join in. 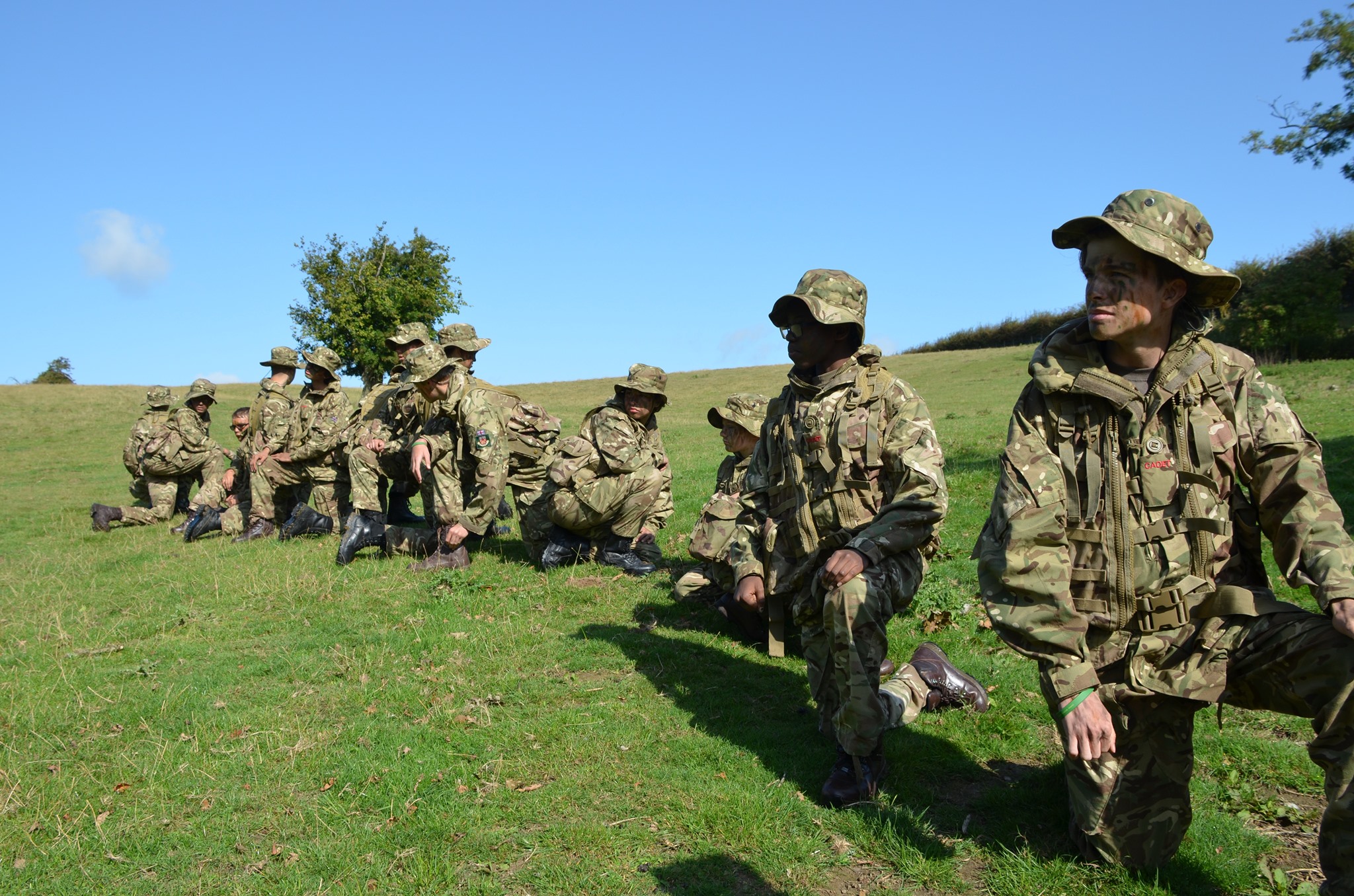 The aim of the fundraising event was a simple one, as a collective, participants aimed to travel as far as they could within the fundraising period. This could be accomplished by walking, swimming, running, cycling, or any physical activities that gets the heatbeat racing. After 4 weeks of effort, the team travelled a combined distance of 1,150 miles - the equivalent of travelling the length of Scandinavia!

The uptake from the team was excellent and we are delighted to announce that we have raised £1,400, including a £500 donation from Allan Webb Ltd. Given the specially negotiated boot pricing from The Gloucestershire Army Cadets Force, this equates to 56 pairs of boots!

Our AFC Ambassador, Colin Peace, attended the cadets annual County sports competitions in South Cerney on 15th August to present the cheque. He shares some of his experiences in the aftermath of the fundraising efforts:

'As the event organiser for ‘Walking for Boots’ it has been inspiring to see Allan Webb come together Walking, Running, Cycling, Swimming and even Paddling for Boots! It has simply been an amazing four weeks of effort by the team and I have truly been humbled to see everyone’s efforts great or small, all contributing to an incredible 1150 miles, that’s effectively seen us collectively walk from John o' Groats to Land's End and back to the Stonehouse offices; that’s no mean feat by any measure!

There have been some amazing personal contributes along the way which saw people travelling over 190 miles, whilst others completed an Ultra Marathon and even our young Allan Webbers scaled Pen-y-Fan and everyone in between, including our four legged friends.

All this effort, sweat and I’m sure a few blisters along the way has been in support of the Gloucestershire Cadets Force with their own goal to remove the financial barriers to young people joining the Cadets, in particular the cost of boots which cadets have to supply themselves. As part of Allan Webb’s commitment to the Armed Forces Covenant (AFC), we jumped with both feet at the opportunity to support the Cadets in their efforts to removes these barriers and so started the Walking for Boots challenge and raising funds for this worthy cause.

As we completed our challenge, we were privileged enough to be invited to join the Cadets at their Annual Camp, despite the additional barrier of Covid, the cadets had just spent a week at the Duke of Gloucester Barracks South Cerney taking part in their Annual Camp. Seeing first-hand what all our hard work was going to, with cadets beaming from ear-to-ear they explained to us the various team-building activities from Raft making, Canoeing and Rock Climbing through to Target and Clay Pigeon shooting and even finding time for a spot field craft with all this culminating in an epic sports competition.

So it was with great pride that we were able to present to the Gloucestershire Cadets Force a cheque at the conclusion of their annual Camp and presentation ceremony, embedding our continued support as part of the Armed Forces Covenant from Allan Webb.

Finally, none of this would have been possible without the positive engagement of the Allan Webb community, it has been fantastic to see the overwhelming support you have all given, of which I am deeply grateful. Equally, behind the scenes the extra mile and dedication that the AFC Team have put into making this happen has been instrumental in running the event. Again thank you to everyone that took part or donated and helping to remove those financial barriers for the Cadets.'

Allan Webb is incredibly proud to be supporting military related charities as part of our commitment to the Armed Forces Covenant. If you'd like to get in touch with our dedicated AFC team, please contact us via afc@allanwebb.co.uk